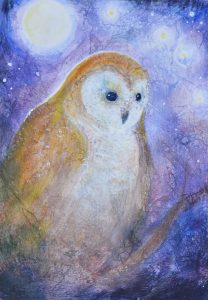 The Alkion* Center and Adult Education at Hawthorne Valley

Adult education, particularly for Waldorf teacher training, first germinated in the early 1980s when Henry Barnes pioneered a vision based on a three-fold program of pedagogical study, artistic training, and practical skills. By 1986, an In-Service Apprenticeship Teacher Training Program had been inaugurated, largely supported by grant funding that he had raised. Over the course of the next 4 or 5 years, teachers from Hawthorne Valley School took part, or were subsequently hired onto the faculty.

The local, In-Service faculty in these early years consisted of: Henry Barnes, Colin Young, and Rudolf Copple for pedagogical studies; and Hanna Kress, Christy Barnes, and Patrick Stolfo in the arts, with Amos Franceschelli as a math consultant. Margaret Junemann (painting) and Jaimen McMillan (spacial dynamics) were among a number of other visiting teachers.

Henry carried an ideal of adult education for this area that included agriculture, scientific nature studies, the arts, and practical skills. He promoted, along with fellow Hawthorne Valley founders, Arvia Mackaye, Karl Ege, and Christy Barnes, a training that addressed the whole human being. This vision, for a practical and arts-based pedagogical renewal, was documented by Mr. Ege in his book An Evident Need of Our Times, Adonis Press, 1979. It is interesting to note that although Henry saw all of these activities included in a comprehensive training for teachers, biodynamic farming, nature studies, and artistic ventures have gone on to thrive independently in and around Hawthorne Valley, along with their own specialized trainings.

After the initial In-Service training for teachers had run its course, a new initiative for teacher education began to take form in 2002 when a teacher training core group emerged out of some general discussions about the untapped potential for adult education in the valley. This initiative group consisted of Eric and Martina Müller, Patrick and Lynne Stolfo, William and Andy Ward, and Rachel Schneider. Jeanne Simon-Macdonald stepped in shortly thereafter to carry the eurythmy in the early years. It quickly became apparent that a first year requirement of Foundation Studies in Anthroposophy would be integral to teacher development, as well as providing a basis for other vocations that its participants might choose to pursue.

The Alkion Center for Adult Education opened for its first classes in the fall of 2003. It has run consistently since that time, with some changes in the core faculty and developments in programing. Devoted colleague, inspirational teacher, and renowned spokesman for Waldorf education, William Ward, passed away in October of 2008. After a few years, Rachael left the circle to concentrate her efforts on agricultural development and education at Hawthorne Valley Farm. Otherwise, the core faculty has essentially remained consistent, with Martina and Patrick gradually assuming the administrative duties, while Eric and Andy have directed the Teacher Education and Early Childhood programs, respectively. From its inception, the Alkion Center has been a branch of the Hawthorne Valley Association, with the core faculty being fully responsible for its course content and administrative oversight. On the broader scale of the international Waldorf movement, our programs have achieved recognition status from AWSNA, WECAN, and IASWECE.

Adjunct contributors have included Douglas Sloan, John Barnes, Steve Simonak, Janene Ping, and Candace Bachrach, along with a varied host of other experts and specialist educators from the surrounding area. 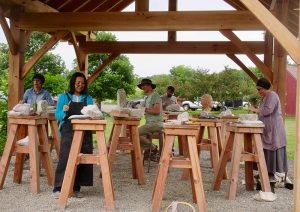 The Alkion Center has become a gateway to a variety of professions that include teaching, farming, enriched parenting and homemaking, counseling, school administration, the arts, social endeavors, curative vocations, advanced trainings, and more. Its success is owed to our commitment to an adult education founded on transformative anthroposophical study, inner development, and the arts. Any strides made in personal growth and development in this manner become the essential basis for the renewal and revitalization of culture so desperately needed today. The faculty is dedicated to serve, not out of assumed authority, but as guides and fellow travelers on the path – in the spirit that all education is self-education.

* A mythical bird, identified with the kingfisher, said by ancient writers to lay her eggs in a nest floating at sea at the winter solstice, while charming the threatening wind and waves into calm.